Approximately 500,000 hectares of native vegetation remain in the Port Phillip and Western Port region. It covers about 39% of the region’s land area. 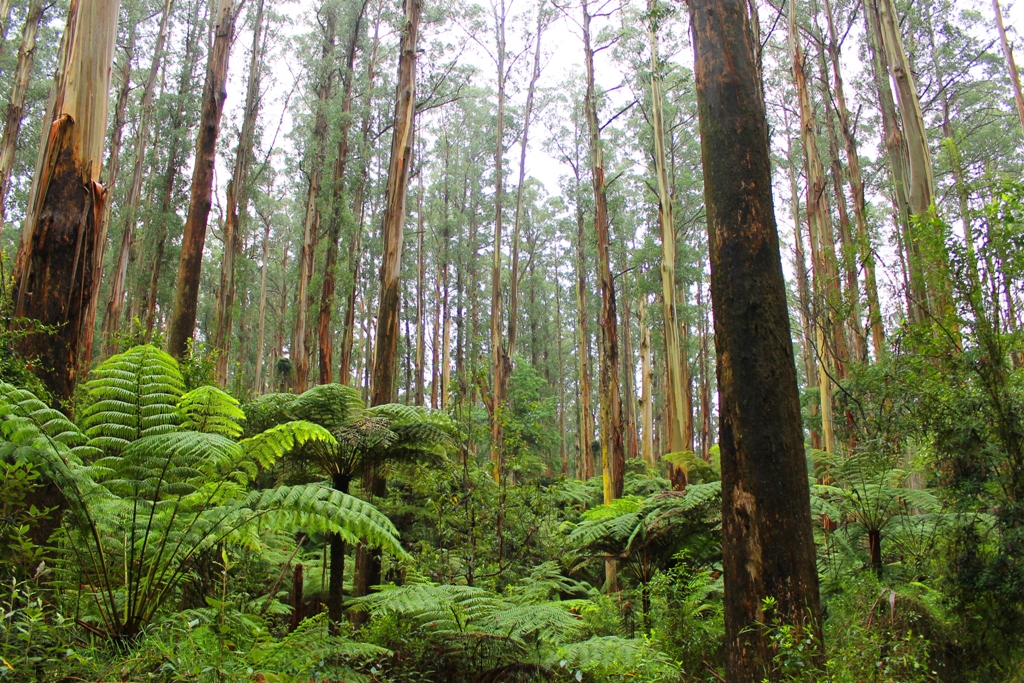 Climate change is expected to amplify existing pressures on native vegetation by exposing it to:

A drier, warmer climate is expected to drive decline in many existing vegetation communities.

Drought tolerant native species may replace existing vegetation in some areas and dominance by drought tolerant weeds and exotics is a real possibility. How changed vegetation will support the current diversity of native animals is unknown.

Communities could be made locally extinct where dispersal is not possible.

Vegetation dispersal will be governed by complex and uncertain factors; the rate and intensity of climate change, soils, topography, aspect, the presence of supporting animals and microorganisms.

How and if changed vegetation could support the current diversity of native animals is unknown.

For native vegetation, the objective is to retain high quality native vegetation in the region providing habitat for native species and making significant contributions to the overall environmental health and resilience of the region.  The priorities are to:

For revegetation and carbon plantings, the objective is to achieve benefits for biodiversity and land management whilst also sequestering and storing carbon in the landscape.  The priorities are to:

This static map layer below depicts native vegetation that was assigned a ‘very high’ or ‘catastrophic’ rating for its likely sensitivity to climate change (changes in annual rainfall and/or changes to maximum temperatures over the spring and summer period) under the Representative Concentration Pathway (RCP) 4.5 scenario. Sensitive vegetation is likely to be the first affected by climate change. To view specific points of interest, please click on the map tab which displays an interactive map of native vegetation sensitive to climate change. 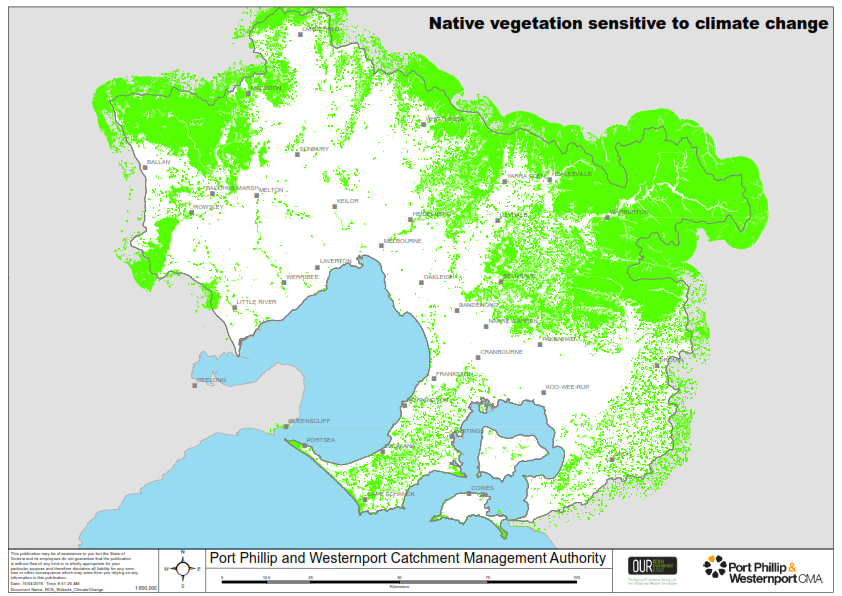