There are over 8,400km of major rivers and creeks and more than 900 wetlands in the Port Phillip and Western Port region. 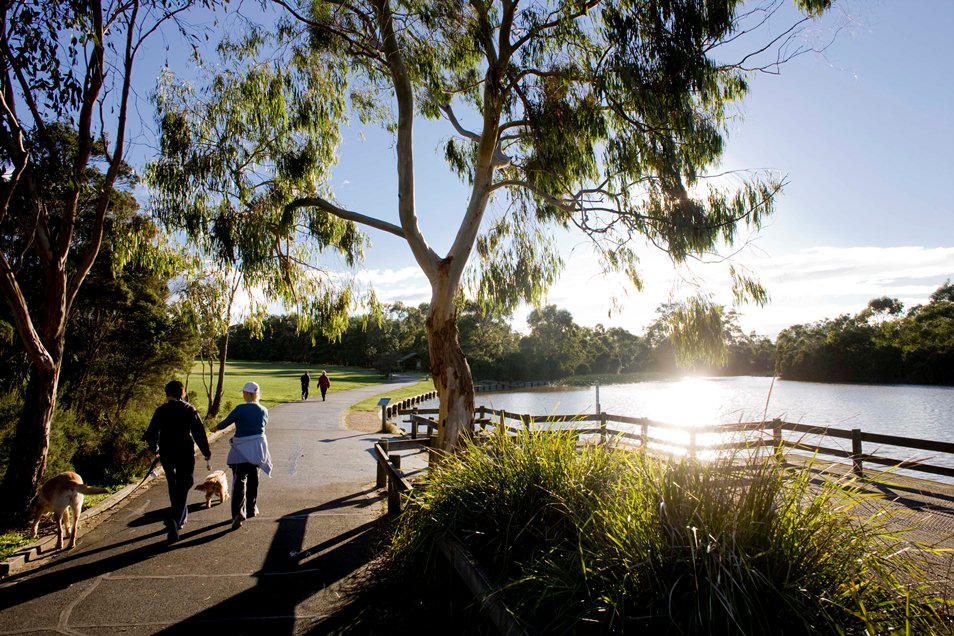 Climate change is expected to expose waterways and wetlands to:

Climate change effects on waterways and wetlands include:

The static map presented below depicts the sections of waterways and wetlands assigned a ‘very high’ or ‘catastrophic’ rating for their likely sensitivity to climate change (changes in annual rainfall and/or changes to maximum temperatures over the spring and summer period) under the Representative Concentration Pathway (RCP) 4.5 scenario. To view specific points of interest, please click on the map tab which displays an interactive map of waterways sensitive to climate change. 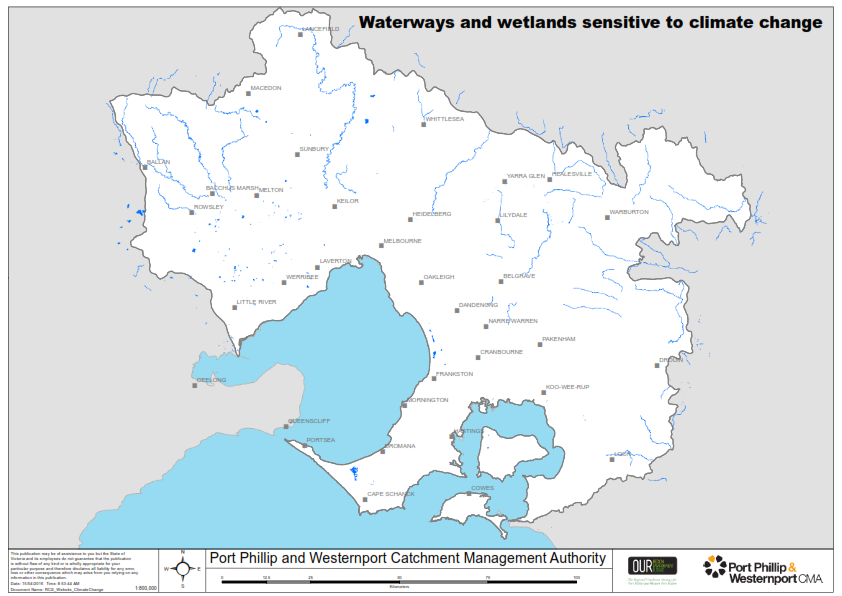 RCP 4.5 is considered to be a moderate scenario of future carbon emissions. Under the RCP 4.5 scenario, it is predicted that annual average rainfall could reduce by 16-34mm below the 1986-2005 average and maximum summer temperature could increase by 2-2.9 degrees above the 1986-2005 average. However, actual future changes could be smaller or larger depending on the actual effects of rising atmospheric carbon dioxide and the success of global carbon dioxide mitigation.

Please visit the Port Phillip & Westernport Regional Catchment Strategy for more information about waterways and wetlands in this region.