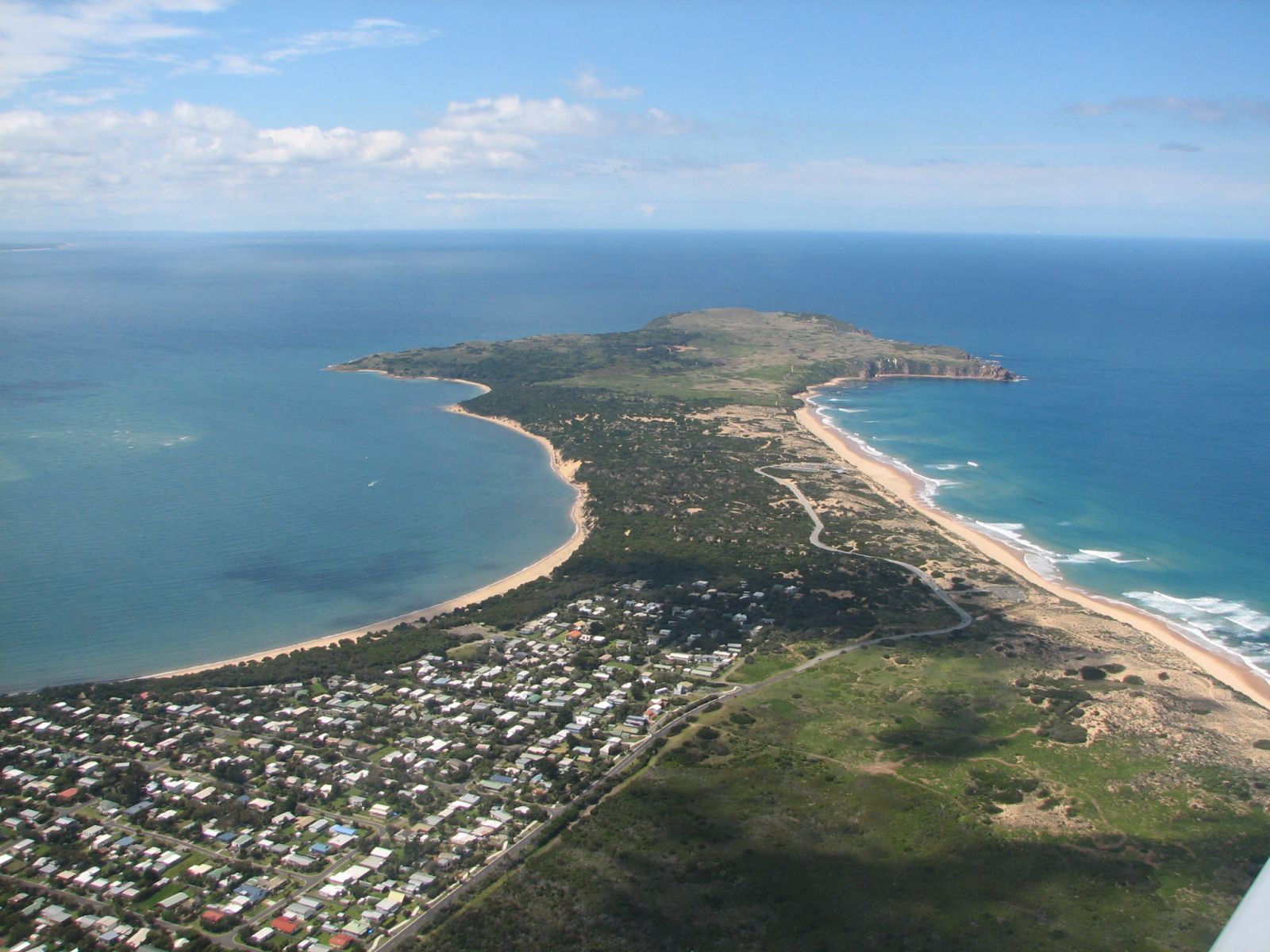 They make 70 million visits to Port Phillip Bay each year. The central coastal region’s population is projected to grow to 6.3 million by 2031 and to almost eight million by 2051. Population pressures and associated demands for coastal space and services will be compounded by climate change effects - rising sea levels and storm surge risks, reduced rainfall and higher temperatures.

Coastal environments are the interface between marine and terrestrial ecosystems and are vital to their productivity, health and resilience. They are highly valued socially, economically and ecologically.

The region's coastline has diverse bio-physical characteristics that provide benefits in the form of:

Climate Change on the Coasts

Climate change is expected to expose this region's coasts to:

These pressures increase the possibilities of:

Coastal wetlands are among the most valuable, internationally significant natural assets in this region and highly vulnerable to climate change. Declining freshwater inputs and rising seawater intrusions may degrade and ultimately change coastal wetlands by reducing their size, converting them to dry land or transforming them from (for example) saltmarsh to mangrove swamp.

Climate change is expected to reduce river flows into Port Phillip Bay but increase the frequency and intensity of storm flows. These will increase pollution risks when long periods of low runoff are interrupted by periods of concentrated pollutant loads.

Coastal Ramsar wetlands on Port Phillip Bay’s western shore will be vulnerable to sea-level rise. Global sea levels are projected to rise between 0.18 to 0.59m by 2095, with a possible additional contribution from ice sheet melts of 0.1 to 0.2m. Larger sea level rise from more rapid melting of polar ice sheets is possible.

Climate change is expected to reduce overall riverine flows but increase the frequency and intensity of storms and flash floods carrying increased pollutant and sediment loads into Western Port Bay.

Coastal Ramsar wetlands and agricultural land on Western Port’s low-lying northern coast are vulnerable to sea-level rise.  Global sea levels are projected to rise between 0.18 to 0.59 m by 2095, with a possible additional contribution from ice sheet melts of 0.1 to 0.2 m. Larger contributions to global sea level rise from more rapid melting of polar ice sheets are possible.

The static map below depicts the sections of coasts assigned a ‘very high’ or ‘catastrophic’ rating for their likely sensitivity to climate change (changes in annual rainfall and/or changes to maximum temperatures over the spring and summer period) under the Representative Concentration Pathway (RCP) 4.5 scenario. To view specific points of interest, please click on the map tab which displays an interactive map of coasts sensitive to climate change. 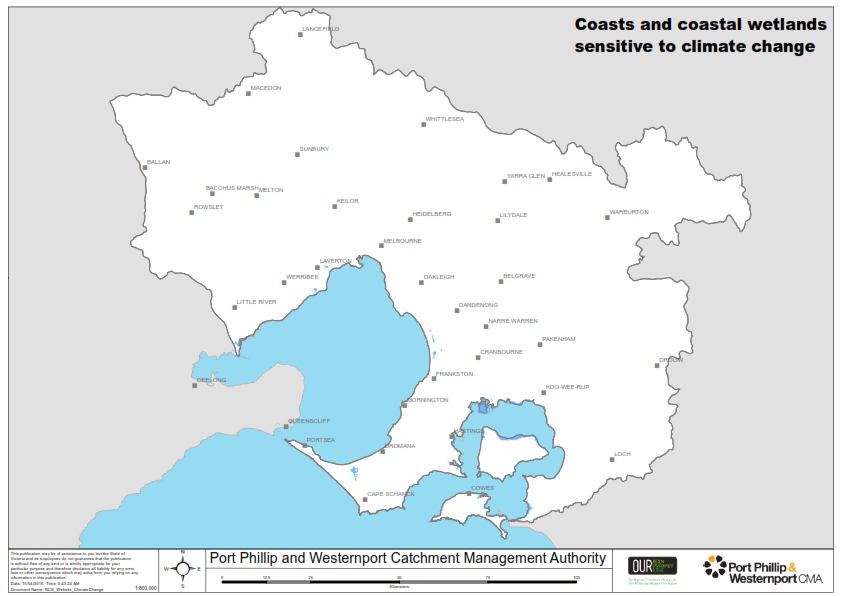 Climate change pressures on the coast information was derived from: